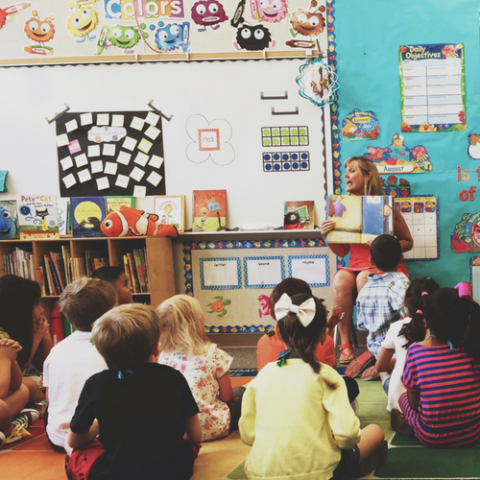 A well-trained and supported staff is necessary in order for young children to receive high-quality education and care. But, in Ireland, low remuneration keeps many potential educators from joining the early-years workforce.

In Ireland, staff turnover in early-years settings is high and the wages are generally very low. A survey conducted by Pobal found that in 2016/17 the average across the sector was 11.93 euros per hour. Staff in the early-years sector sight issue with salary is a major reason for leaving their work.

Ireland spends less on pre-primary education than any other country in the EU. Low pay and lack of pay-scale have led many to leave the sector. Personnel in Ireland’s early-years sector are poorly remunerated, but also that there is little room to improve their salary outcomes.

Pay-scale is a system used to determine how much an employee is paid. It is generally based on factors that contribute to the quality of one’s work, like experience and rank. For early-years educators, there is currently no pay-scale. This means that experience on the job, rank and skills acquisition do little to improve the salary of those working in the field.

One way for this workforce to benefit from more regulated guidelines for salary is to secure a “sectoral employment order.” This order would be binding across the sector setting regulations about pay, sick pay and pension schemes. The early-years educators’ section of Ireland’s Services Industrial Professional and Technical Union has just over 2,000 of the 5,500 members it needs to secure a “sectoral employment order.”

“‘It’s very difficult to hire staff. There aren’t many people coming into the sector,’” Rachel Galvin, manager of a child center in Dublin, says.

Since the pay is better for primary school teachers, some students look at the early years as a training ground before moving on to a better salary. Though it is clear that the lack of adequate wages is a major contributor to both attracting and retaining personnel, programs are still underfunded.

For example, centers providing the government’s Early Childhood Care and Education (ECCE) scheme for children aged three to five and a half are paid a fee per child. However, this lasts only 38 weeks out of the year and the rest of the fees being paid by parents. Paula Donoghue told the Dublin Inquirer that, even when parents’ fees are added to governmental subsidies there is not enough to pay higher wages.

Donoghue, who has worked in the sector for years and opened her own preschool in 2009, calls on the state to invest more.

The cost of raising standards

The standards for those working with young children changed in December 2016. The Department of Children and Youth Affairs began to require anyone working directly with children to have a level 5 QQI* (Quality and Qualifications Ireland). Room leaders must have a level 6 qualification.

While many in the field welcomed these new regulations, the funding did not match the cost of the new requirements. Centers are bogged down with administrative work, while still educating and caring for young children—all for minimum wage. According to those in the field, staff members often become burned out and businesses can to go under.

During a recent meeting of the council’s South Central Area Committee, People Before Profit’s Councillor, Hazel De Nortúin, proposed a motion to call on Minster for Children and Youth Affairs, Katherine Zappone, to increase investment in the sector. De Nortúin stressed the need for early-years educators to be recognized for their work and better supported.

A spokesperson for the Department of Children and Youth Affairs told the Dublin Inquirer that, while Ireland has been among the lowest ranked countries in terms of investment in the early-years sector, the department has recently taken measures to address this. Additionally, the fee per child in the ECCE scheme will rise by 7% in September 2018.

Through a spokesperson, Zappone has further encouraged those working in the sector to “‘examine the possibility of a Sectoral Employment Order in order to agree a pay scale for the sector.’”

*QQI is responsible for the quality assurance of education in Ireland.

Read the article from the Dublin Inquirer here.

Did you find this interesting? Sign-up for our newsletter to receive updates about new resources and join the conversation about the early childhood workforce on Twitter.